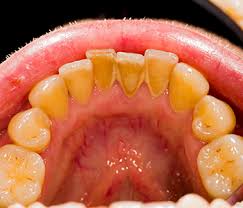 So, you’ve been told you’ve got Gingivitis? What is it?

Gingivitis means inflamed gums. It is caused by a build-up of plaque on the teeth. It is a sticky film of bacteria which naturally forms on the surface of the tooth (every day!) but is completely harmless in its EARLY STAGES. Plaque is also called biofilm these days. When it’s not thoroughly cleaned off every day and allowed to ‘mature’ it starts to release destructive bacterial bi products which kicks off the body’s immune response.

So, who gets Gingivitis?

Anybody and almost everybody at ANY age can get gingivitis. Different people will respond to the biofilm at different rates. Some people respond to biofilm which is only 1 day old, whereas some people don’t respond until the biofilm has been in the mouth for much longer. There is no way of knowing which people will become susceptible earlier, which is why we advise cleaning the way we do, to help prevent gingivitis in the first place. It is generally thought that most people will have an attack of gingivitis at some point in their lives.

What are the signs & symptoms?

Similar to inflammation anywhere in the body, the symptoms are consistent with an increased blood flow to an area which is trying to deal with bacteria. You may notice some (or all) of these symptoms: Gums are swollen, red and/or shiny, feel tender to the touch, have a bad taste breath. Lots of people say that their gums also bleed when they brush them, or try to clean in between their teeth with floss, or little brushes etc.

It’s worth noting that healthy gums should look pink, be firm, be comfortable to the touch, and will NEVER bleed when brushed or flossed.

Will I have bad breath?

Sometimes yes, but not always. It is more likely to be the smell of the bacteria though, rather than the gums themselves.

It is considered to be the early stages of gum disease, but to be classed as gum disease, it needs to have caused some bone loss which isn’t visible just by looking in your mouth and needs to be diagnosed with X Rays. Leaving gingivitis untreated doesn’t necessarily mean it will always lead to gum disease, but the chances of this happening are greatly increased.

If it’s all about bacteria, why can’t I just have antibiotics?

What treatment will I need?

Gingivitis is relatively easy to treat. However, HOW effective the treatment depends entirely on how effective your daily biofilm removal is at home, and in between appointments.

If you have gingivitis, it just means that the way you’ve been cleaning hasn’t removed ALL the bacteria effectively. This may be in just one small area, or a larger area in your mouth. So, during the appointments, we will focus a lot of time on which products you are currently using, and how you are using them to make your cleaning at home as effective as possible, to help prevent further problems in the future.

Does it matter if I’m a smoker?

Smoking often disguises some of the symptoms of gingivitis, like bleeding gums or redness. Often smokers don’t realise they have gingivitis and can come as a bit of a shock. Always try and give up smoking if you possibly can.

So, who will help me?

Jules, our practice owner, has over 29 years’ experience in Dentistry and is passionate about helping treat (and prevent) both gingivitis and gum disease.

Jules has worked alongside a periodontist (gum disease specialist) for over 10 years, and is friendly, caring and patient. Please bring your tooth brushing products with you for your appointments with her as she will help you achieve the best possible outcomes at home cleaning. As mentioned earlier, this is essential in treating gingivitis and gum disease.

If you have any further questions, please do not hesitate to call us on 0151 639 7939 or email us at hello@dentalhygienestudio.co.uk

Want to Book an Appointment?

For a consultation and to book an appointment 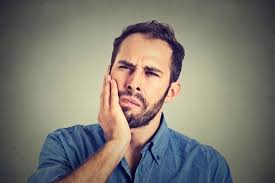